Da Vittorio is awarded as one of the leading restaurant in Italy. Beside others it has three michelin stars.

I would like to ask, what have you done recently and what was done by your father previously?

Which is the story of Da Vittorio?

Da Vittorio: the story of a talent. The talent of Vittorio Cerea who opened a restaurant in Bergamo with his wife, Bruna, in 1966. Bruna and Vittorio Cerea were young and in love, and shared the same passion for food when they opened “Da Vittorio” restaurant in Bergamo’s town centre. It was the year 1966 and at the time it was unusual to find fish on the menu anywhere, obscured by the huge popularity of meat. Fish dishes helped the restaurant grow in esteem but it was a huge risk at the time; a decision that went on to reap dividends thanks to daily supplies and the creation of exquisite dishes. Bergamo soon became an essential visit for lovers of haute cuisine and success also brought the first Michelin star (1978), which, matched by the wealth of accolades and glowing write ups by leading food critics from Italy and abroad, was doubled in 1996. In the second millennium, the dream of joining the ranks of the Best Restaurants in the World also became true. Firstly by becoming a “Relais Gourmand” (in the restaurants section) and then becoming part of the Relais&Chateaux and Les Grandes Tables du Monde circuits just a few months after moving to a gorgeous villa with accommodations at Brusaporto, nestling in the green Cantalupa hills. 2010 finally brought the highly sought-after, third Michelin star.

A name: Vittorio. And a family, a name that is a mark of excellence in the world of catering and hospitality. Devotion acknowledged by the guidebooks – Three Michelin Stars – and the loyalty of an ever-increasing clientele. An unmistakable culinary style whose dynamism and vitality have been with us for over 50 years, thanks to the insight of its founder and father – Vittorio – and the enhancements introduced by his children, who have integrated tradition with the latest techniques in recent years. A harmonious combination that gets the best out of the finest raw materials, sourced wherever they grow best.

Today, Da Vittorio is run by Signora Bruna Cerea and her five children. Enrico and Roberto are both chefs, Francesco manages the wine cellar and catering services, Rossella is head of hospitality at the Restaurant and Dimora, while Barbara runs Cavour 1880, the café-patisserie in Bergamo Alta.

How would you characterise its concept, what are the advantages and disadvantages of its location which is Bergamo and which is the main target group of your clients?

If I may, you have been talking to me for your new restaurant at Macau which will be opening next year.

Please talk to us for this.  What are your plans?

Please share with gastronomic diff a Diff recipe of yours. In other words an unusual and innovative recipe. 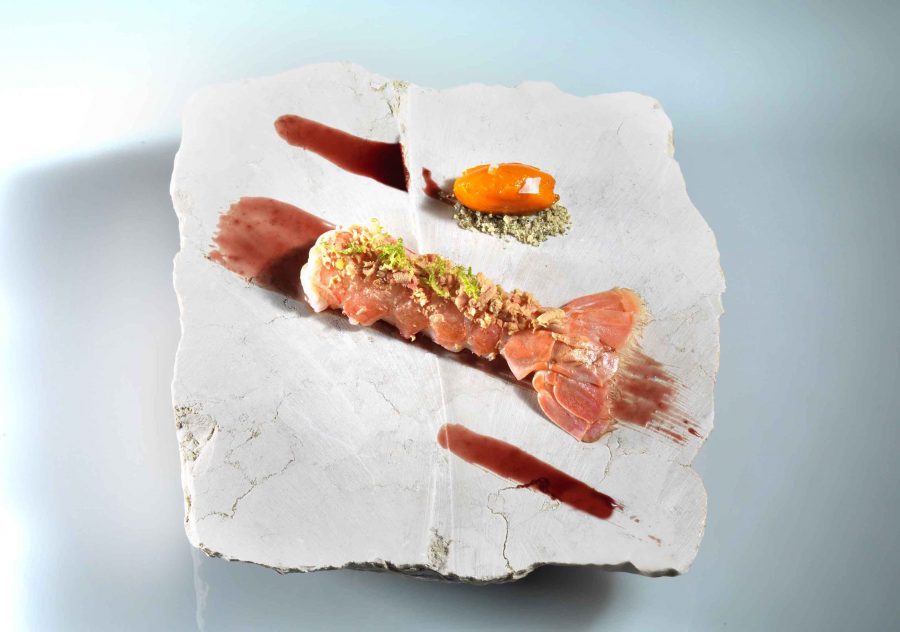 another web site design by runaway.gr